Rust and rundown decay are everywhere in the remaining ruins of Carrie Furnace outside Pittsburgh. Huge ruins, I should add. The sheer scale of Carrie is man-dwarfing. The old blast furnaces are very tall and cover over an acre apiece. There are plenty of ancillary buildings around them too.

Once part of the great steel-making region centered on western Pennsylvania, the blast furnaces at Carrie Furnace were started by Andrew Carnegie himself in 1884. They didn’t quit turning out hot molten iron to be made into steel until 1978. Amazingly, they were in continuous use all through that time.

The remaining two of seven blast furnaces at Carrie are now part of a historic preservation effort. Rightfully so, the iron mass produced here played a large part in making this country what it is. 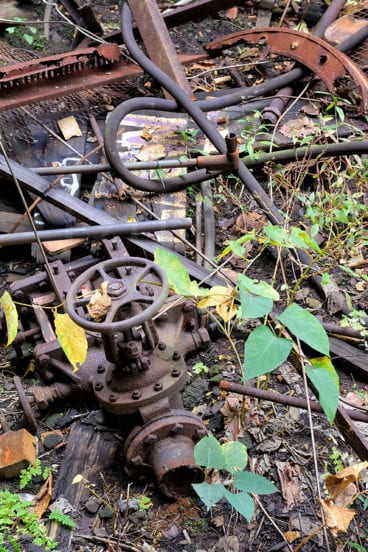 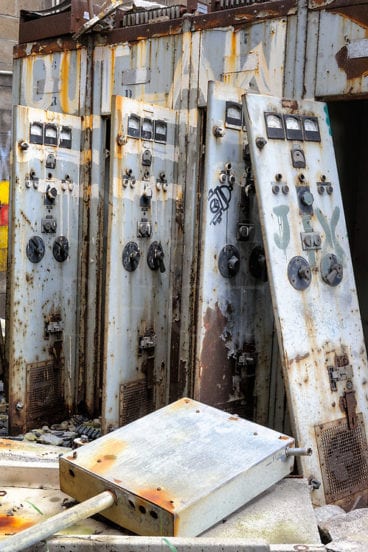 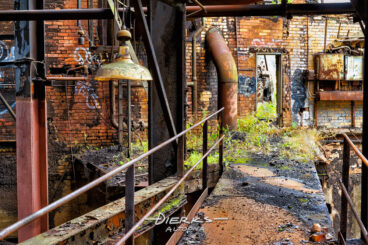 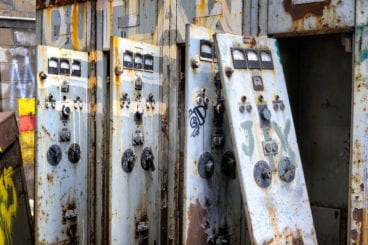 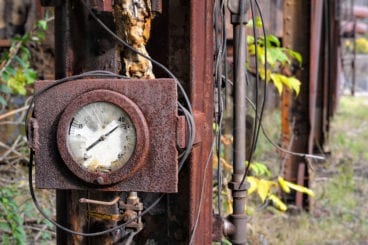 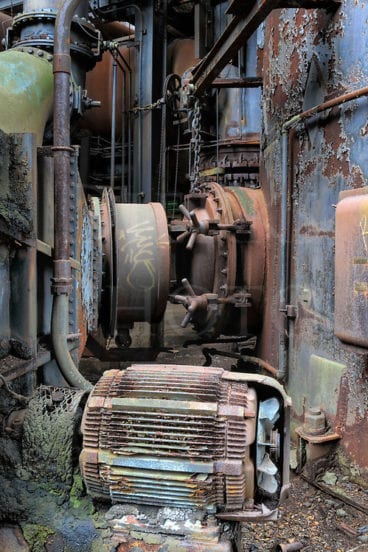 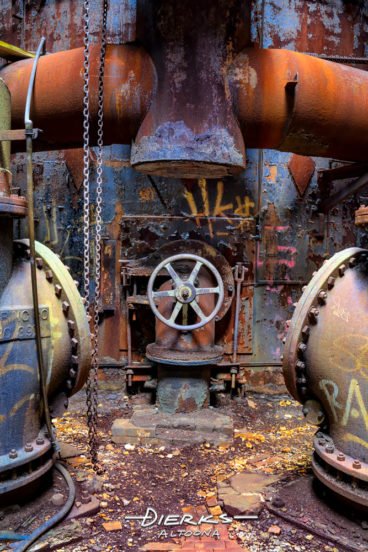 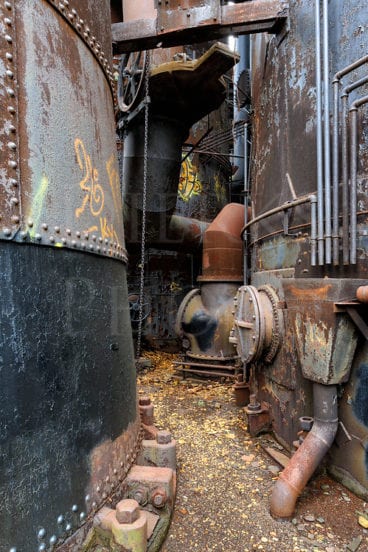