On a hot summer afternoon, a big sky is filled with multi-layered blue and white clouds. They stand high over a farm landscape of a red barn set atop a sloping green field of grass.

Although beautiful, this big sky is full of torn clouds as the summer heat drives distant white thunderclouds boiling high into the air. The atmosphere is unsettled as the air masses move and change, sliding across one another making the weather. Indeed, later there were short patches of rain from scattered thunderstorms which moved quickly on, leaving everything wet and glistening in the summer sunshine. Usually after a good dousing, a rainbow was left behind too.

I had been bike riding on a seldom-used section of rail trail, a short stub along a river in some woods. Through the overhanging trees over the trail and next to the green field, a bright red barn could be seen lit up in the sunshine. I got off the bike and carried the tripod and camera through the trees and walked uphill through the grass until the scene looked right, then captured the story of this tall summer sky.

The only sounds were the faint buzz of insects and occasional noise from the woods. Hmm, probably some deer moving through, or maybe bigfoot looking for his coming-out party at last. A large cornfield stood on the left, out of frame. All quiet, all alone in the summer heat. 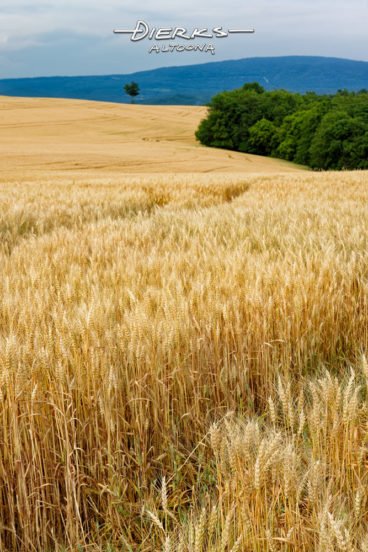 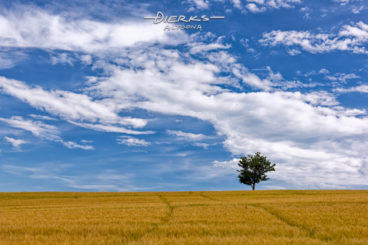