A black grand piano waits in elegance for someone to accept its invitation to come and play in this beautiful old church. The building has been saved and converted to a social hall for rent and a concert venue with wide-open acoustics. All the pews are gone, but being repurposed means plenty of people still come to receptions and musical gatherings here.

This is a partly hand-tinted black and white picture, done that way for an interesting effect across the scene. A long red sash laid across the bench adds a strong highlight with a splash of color, and the metal soundboard shows gold inside the black piano case. As luck would have it, the red sash is actually a cleaning cloth I found inside the grand piano when the lid was raised for the picture. It was just right to add a little zing to the arrangement. Alternatively, the original full-color version is here too as Invitation Only #14578.

Just as there is a grand beauty in this interior, the reverberation in this room for music is the same. It’s magnificent. That reverb can’t be seen, only felt, and it’s a big rich sound. I hit a few chords on this black piano just to experience it…deep and full vibrating resonance was the reward.

The sweep of that grand beauty in this room can easily be seen in the picture Masterpiece #14577 and it’s impressive. Note the expansive second story pipe organ that can still be played, which has 2000 pipes.

Some Historical Background On This Old Church

This old Catholic church building itself dates from 1908 and was originally a German immigrant parish in the Cambria City section of Johnstown, PA. There were once many Catholic churches in that one small section of the city of Johnstown PA, so in recent times of reduced population, the diocese consolidated the parishes and sold some of the beautiful old buildings. Some of them were gathered up by a preservation society called The Steeples Project who now runs this rental hall.

This building is a Victorian Gothic Revival architectural gem with classic high vaulted ceilings and sweeping arches in the interior, built in 1908. All the large German-style stained glass windows are intact, exquisite, and elegant to match the building. They were created by American artisans who were trained in Munich, Germany. 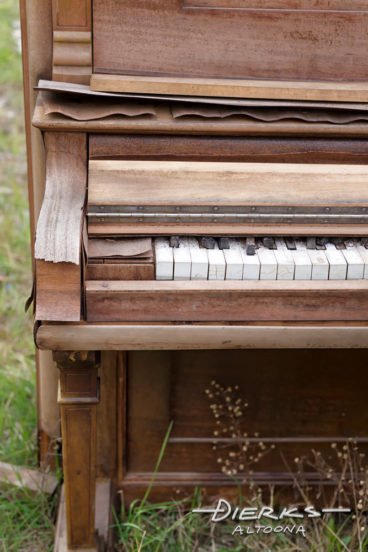