This abandoned church was back in the overgrown woods by itself and barely seen from the road. I asked the landowner’s permission to shoot and discovered it was going to be torn down in two weeks, so I had come just in time. With rotten floors, a water-filled basement, and loads of rattlesnakes around it, this old Victorian building was a danger to the nearby kids that gravitated to it as they often are to such things. I walked around the place and took several shots, every so often hearing a buzzing rattlesnake a ways off. No problem, just steer away and go slowly; this was a piece of history about to go that needed to be recorded.

Clearly, it was the last chance for this old country church. The landowner had lived near there all her life and said at one time the area had been clear with a lot more houses and farms as it had once been a farming community. Nowadays, it’s a patchwork of woods and fields with a few scattered houses, but this abandoned church had served all those rural people back in that heyday. I would say this decrepit Victorian building was probably new in the mid to late 1800s and one of the last remainders/reminders from that time.

All of the modern aluminum siding had been torn off for salvage. The original wood siding had been removed as well, leaving the place stripped to her bare plank skivvies. Stripped and abandoned, it certainly looked forlorn and far from sacred. The raw wood sides were like camouflage which nearly blended into the surrounding woods from whence it had come years ago, likely from some forgotten sawmill nearby.

This image is one of the old ones, shot on slide film back in the day. I recall it being very quiet and still back in there with the only sounds being the occasional rattlesnake and the whir-click of the manual camera film advance lever. The location was out in the central Pennsylvania jingweeds along one of the narrow and winding rural roads through the farmland, of which there are endless miles. And through the passage of time, endless miles of stories also still live there. 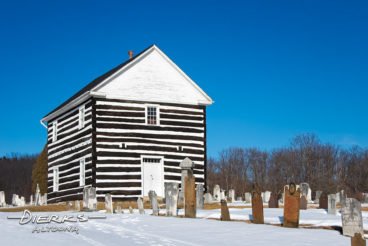 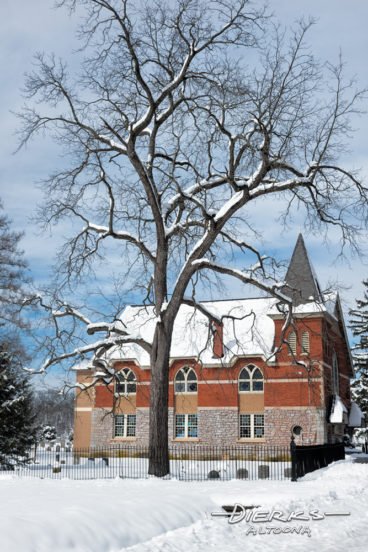