These beautifully restored vintage Pennsylvania Railroad E8 passenger train locomotives are shown leaving downtown Altoona PA. These unique pieces of railroad history were giving train rides up around the Horseshoe Curve during the annual Railfest. Always a crowd-pleaser, the event was well attended with a lot of eager railfan passengers waiting for a turn to ride some history on a beautiful summer day. Nothing like a ride through the mountains in style!

These PRR E8’s came to town spit-shined and polished for the occasion, all the better to show them off. This pair of old diesel locomotives are often run on excursions and special functions commemorating railroad history as they are here. I took the picture from the bank of a road overpass while the diesels made their music, and they like it loud.

They have been returned to their original appearance and road number when they were brand new on the PRR back in 1952. Today, they are privately owned by Levin’s Juniata Terminal Company who also did the full end-to-end restoration. Based in Philadelphia, their home is Juniata Terminal’s railroad shop and facility there.

These locomotives were built by the EMD section of General Motors. The model is officially known as E8, but the crews often nicknamed them bulldogs or covered wagons. Designed for high-powered high-speed passenger service, each one has two diesel engines inside that made a total of 2250 horsepower per unit.

Often run in pairs by the Pennsylvania Railroad, two of these nearly 70-year-old engines paired had plenty of power. Not surprisingly, that day in Altoona they easily walked away with a very heavy long train of vintage passenger train cars as seen here. Passenger cars from that era had bodies made of steel and floors of thick concrete to make for a smooth ride, and their weight was considerable.

Interestingly, I spoke with an engineer who had run these diesel locomotives pulling an excursion on the high-speed New York to DC railroad corridor, formerly PRR trackage. The marked speed for that section of mainline is 100 mph, but he claimed to have run these locomotives up to 110 for a little stretch. He simply wanted to see how these vintage locomotives would do. Naturally, I asked him how they ran and his reply was ”smooth as glass”.

There’s another view of this E8 locomotive pair at work in Altoona called Open Throttle #10460. You’ll see the black smoke rise as they begin to roll on the power heading westward with the heavy passenger train. 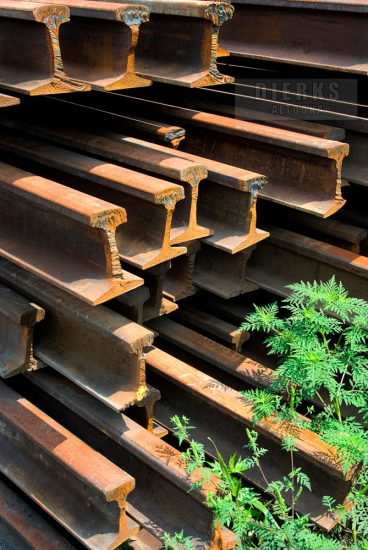 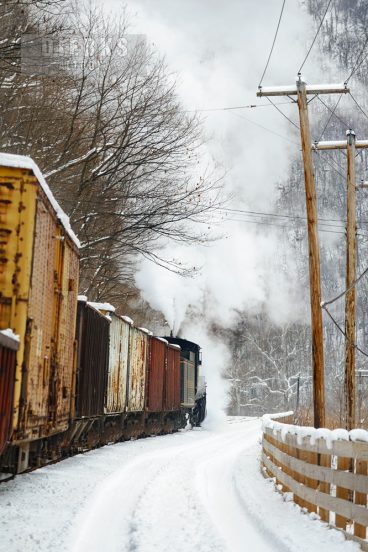