A set of four CSX freight locomotives waits at the old Winchester VA train station. The conductor, who is just coming out the door, has gathered the train orders and leaves the office to board the train for the day’s work. This scene has undoubtedly been repeated hundreds of times at train stations everywhere.

This old train station in Winchester with the classic railroad architecture was built in 1893 by the B&O Railroad. By classic railroad architecture, I mean the wide overhanging rooflines to protect passengers from the weather and observation bays to see trains up and down the track. These days, the upper story of this building contains the offices of the Winchester & Western Railroad shortline that technically owns this right of way through Winchester.

This picture also shows a string of four CSX locomotives led by engine #6485. It’s a GP40-2 built in 1980, a long-favored EMD locomotive model that has served as a workhorse with many railroads for years. They’ve been out of production for years but the railroads keep rebuilding them and sending these old workhorses back out to work, usually on branch lines or switching duties. I have no idea what CSX is doing on the line but it does connect with it in two places nearby. 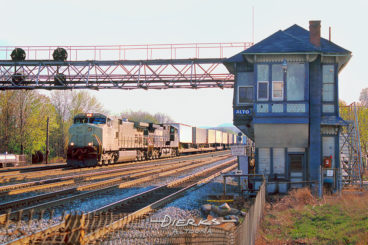 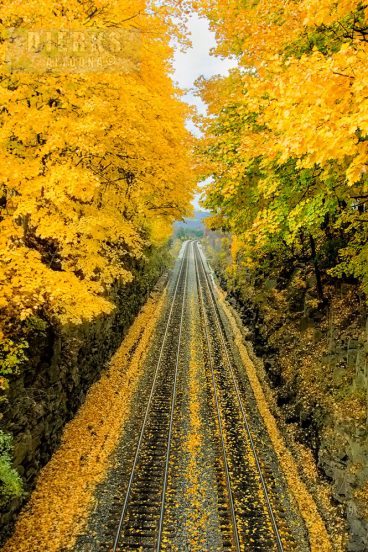