One day I went to the barn of an acquaintance to photograph her horses. Another friend was there with her two young daughters, including this precocious and cute little girl who showed no fear of horses at all. Being naturally drawn to them, this horsey girl mixed herself right in there with the animals despite being about as big as a fireplug. She was only four going on five. Of course, her mother and the other adults kept a close eye on the situation and this gentle mare was her favorite companion.

Little Ponytail led this mare around and the horse would follow her without a lead rope. Clearly, there was a bit of an easy bond between the two. She hand fed her mare buddy some hay, then climbing up the fence, she did all the talking while the pair hung out together. The mare wouldn’t have cared if she was reading stock prices out loud, she simply liked the company and attention of this blonde horsey girl.

It was good this mare was very kind and gentle with kids and this was a great playdate for them both. I simply followed along with the camera gathering up candid images and having fun while doing it. It’s always easy when it just unfolds right in front of you.

This pleasant mix between her and other horses continued for a while. I’d say the small batch of mares liked having her around. Eventually, the little girl decided she wanted to do something else, so she led the horse into the barn to put her away, something she’d seen the adults often do. Coming back out, the horse was naturally following along behind, so she turned and simply pushed her buddy back in by the nose!

“Back in you go, so I can shut this door!” she said. A little push on the nose of the gentle horse got the job done. Horsey girls just know how. 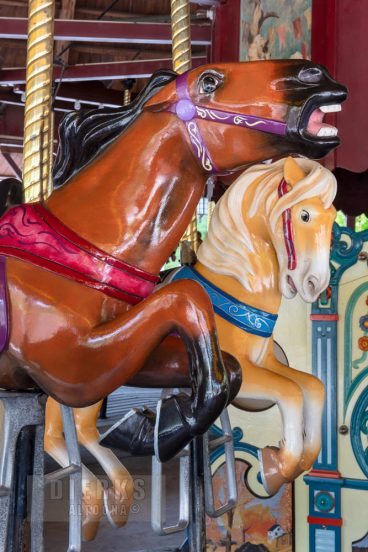 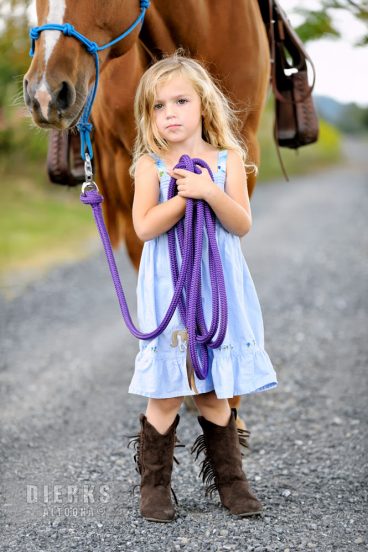