I was up early and out of the motel near Marquette, Michigan that morning and drove away under partly cloudy but sunny skies. By the time I had stopped for coffee and driven a few miles into town, the sky had almost clouded over. By the time I got to this small dock at the harbor, it had completely clouded and it was beginning to rain.

They’re not kidding when they say the weather can change quickly in the Great Lakes, and that is especially so with Superior. The rain was very fine yet steady, almost a mist, but the scene was still an enticing silver blue with still enough light to shoot, so I set up the tripod. The place was calm and waiting, nearly still as if suspended. The play of dark and light were in layers through the viewfinder and the slow breeze making the water shimmer rounded out the tranquility. Sometimes it’s a good idea to get a little wet while shooting in the rain.

Since the rain increased just as I finished and this was the last shooting stop on a two-week run through the upper midwest doing art shows, it was very much time to turn for home in Pennsylvania. Yet just by driving 35 miles to the east I found good shooting light again at Picture Rocks National Lakeshore and had another chance to photograph the cliffs from a boat there.

Location: on Lake Superior in the Great Lakes at Marquette, Marquette County, Michigan. 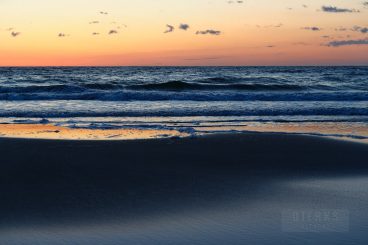 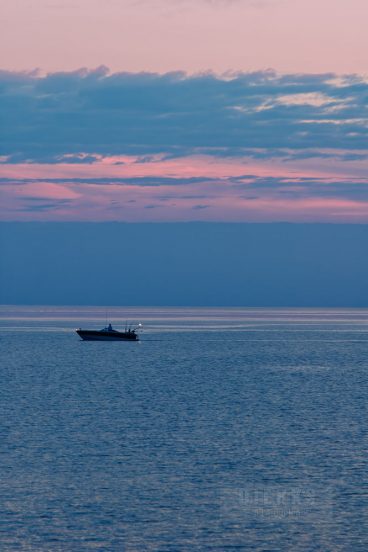