This is the original Star Barn in its original location showing all four buildings of the group. After I-283 was built directly behind the barn in 1970, it became one of the most well-known and iconic barns anywhere. Thousands of people driving by each day couldn’t miss the high white steeple of the central cupola driving by and it became a landmark.

It is considered a classic example of Gothic Revival architecture, particularly with the elaborate cupolas on each structure. The barn and its outbuildings were built in 1877 by a wealthy man to showcase his expensive top-of-the-line racehorses. The entire Star Barn complex was placed on the National Register of Historic Places in 2000.

Since this photo was taken, the Star Barn was taken down and reassembled further east near Elizabethtown in Lancaster County. Today restored to its Gothic Revival glory, it is still a landmark and serves as the centerpiece of a wedding and event complex. 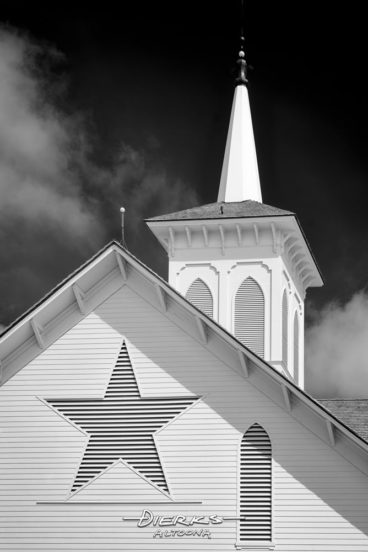 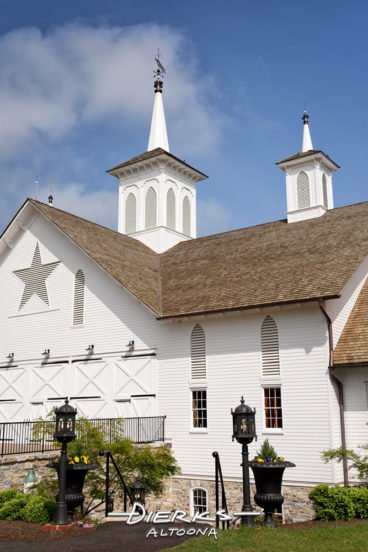