This is Al Capone’s prison cell with furnishings during his stay at the Eastern State Penitentiary in Philadelphia, PA. This is his actual cell but it is somewhat run down nowadays, and the furnishings used approximates the appearance in 1929. Big Al did a short one-year stint in the slammer here in Philly and was released. But as a powerful man at that time, he enjoyed some obvious privileges while incarcerated, like this furnished room that even had a radio, a comfortable chair, and art on the walls.

How Did Al Capone End Up Here?

In 1929, Big Al had come east from Chicago on “business” to Atlantic City, New Jersey. On his way back through Philly, he was pursued by rival gangsters who wanted to kill him. To escape, he went up to a street cop and pull open his coat to reveal a pistol. With concealed carry illegal in Pennsylvania at the time, Capone got a year in jail. He ended up here in Eastern State. One of his bodyguards allowed himself to be arrested at the same time and went into prison with Capone to protect him.

Here’s a wider horizontal view of this prison cell in the Eastern State Penitentiary alled Ward Of The State #13692 where you can see more of the room. 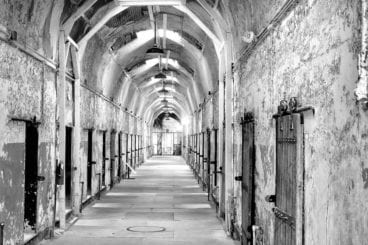 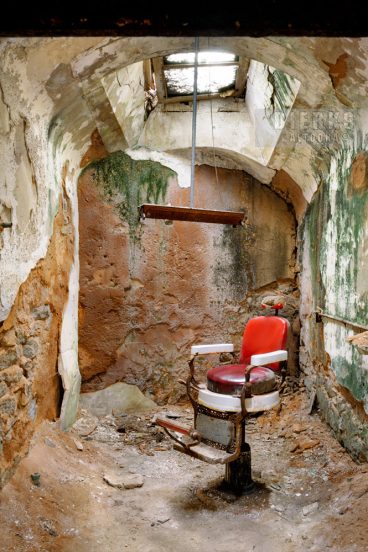