This basketball court is part of an abandoned school that closed in the early eighties. Both the basketball and the building have been left to fade away but for the efforts of one man attempting to turn it into a community center. The school sits in an old anthracite coal town in Pennsylvania that is itself is fading away with much abandoned there. Being such a large building to rehab, there’s only so much one person can achieve and the basketball court isn’t high on the fix-it list.

Wanting to create a shot with this very worn basketball, I decided to have it in the same frame as the backboard and hoop. That called for laying on the smooth but extremely dirty hardwood court floor with a wide-angle lens to get this one, and I shot several versions while rolling around on my belly and sides. I stood up with a brand new layer of fine flour-like dirt from head to toe and dusted the funk off with my hands into a cloud of pure, fine dust hanging in the pale sunlight of the gym. There I was, fully re-created as the Pig Pen character in the Peanuts strip! 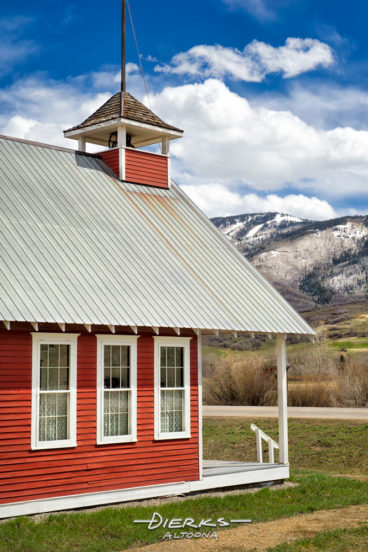